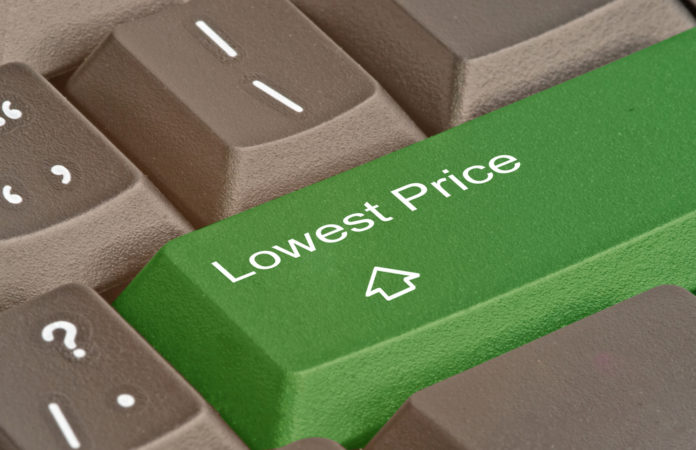 The district court granted Symantec’s motion to strike the expert designation and testimony of a government witness in a case alleging the company failed to provide GSA with accurate pricing under the price reduction clause. The court agreed that the witness’ testimony went beyond explaining GSA’s MAS program and the PRC and drew legal conclusions about the contract that could confuse or influence a jury unfamiliar with government contracting. The court also granted in part and denied in part the government’s motion to exclude testimony from the defendant’s expert witnesses, finding that these witnesses also drew some legal conclusions that could sway the jury and presented opinions about GSA management that were irrelevant. However, the court allowed portions of the testimony that dealt with industry practices and the witnesses’ own experiences with commercial sales pricing.

The opposing parties each filed motions to strike expert testimony in a qui tam case alleging that Symantec Corporation violated the False Claims Act by failing to inform the General Services Administration of pricing available to its non-government customers.

Relator Lori Morsell, an employee of Symantec Corporation/NortonLifeLock, alleged that Symantec/Norton violated the FCA by misrepresenting the existence of certain prices and discounts that were available to its private customers and by consequently failing to offer government purchasers the same low prices through its contracts with GSA’s Multiple Award Schedule program.

The parties filed motions concerning three experts that the parties put forward. The defendant moved to strike the expert designation and testimony of the government’s expert Charles Harris. The United States moved to exclude two persons designated by the defendant to provide expert testimony, Bill Gormley and Larry Allen, Jr. In both motions, the moving party made essentially the same argument: that its adversary is attempting to introduce improper expert testimony that consists of legal conclusions and argumentation rather than proper expert analysis rooted in reliable principles and methods.

The court considered the defendant’s motion first. Norton moved to strike the testimony of Charles Harris, a GSA auditor since 1987. According to the government, testimony by a career GSA auditor with decades of experience reviewing MAS contracts and contractors’ transactional data to flag potential PRC violations would help the court make the necessary factual determination to calculate damages and understand why GSA would flag certain transactions.

In general, Harris was tasked with reviewing Norton/Symantec sales data, including data in which a commercial customer received a non-standard discount, to determine if those sales triggered the price reduction clause. He would also consider whether certain sales were excluded from PRC coverage. According to his testimony, Harris did find such transactions.

Norton argued his testimony should be excluded and his expert designation stricken because these opinions are legal conclusions and thus not admissible as expert testimony. The court agreed, finding that Harris’ testimony essentially concluded that Norton did violate the PRC provisions of its contract and suggested which result the jury should reach. The court found the testimony extended beyond a presentation of facts and instead opined whether the legal standard had been satisfied.

In opposition, the government argued that Harris would testify only that he believed Norton’s transactions should have been flagged for review, not that they conclusively violated the PRC. He would testify as to his typical practice as an auditor and to whether Symantec transactions resemble those he would normally identify as possible violations, rather than testifying directly as to whether the defendant’s activity was a violation. The court agreed this testimony would be useful to resoling the factual dispute over what the parties intended when they agreed to the contract. However, the court found the government misstated the text of Harris’ actual report, in which he definitively stated his opinion that the flagged transactions triggered the PRC. While the government argued that Harris’ testimony presented his interpretation of the contract, the court reasoned this might be too fine a distinction for a jury. The court expressed concern that the jury would credit Harris too automatically based on his work as a GSA auditor.

The court also held that the report and testimony implicitly reached legal conclusions about the meaning of the contract. The court already ruled that the PRC is ambiguous, as the terms “commercial class of customers” and “discount relationship” are both subject to more than one reasonable interpretation. Harris’ analysis accounted for some, but not all, this ambiguity. For example, he did not account for the fact that “discount relationship” is ambiguous, nor explain what assumptions he made about how it should be understood. Harris’s report then, implicitly and impermissibly provided a definition for “discount relationship” and interpreted the contract accordingly. According to the court, if Harris were allowed to testify about conclusions he reached using a particular understanding of the disputed term “discount relationship,” the jury could be mislead into thinking they should adopt Harris’ meaning or that the meaning is not the subject of dispute.

The court also concluded that the probative value of Harris’ testimony was diminished by the testimony of a second expert witness who had compiled the data Harris analyzed. The court reasoned that this witness would be able to explain how the government identified alleged PRC violations, based solely on her statistical expertise. Accordingly, the court believed there would be less risk of her testimony misleading the jury. Further, because Harris did not select the data to be analyzed, the court could not see how his work informed the government’s calculation of damages.

Next, the court considered the government’s motion to exclude the defendant’s experts: Bill Gormley, a former GSA employee attached to the MAS program, and Larry Allen, a consultant who advises clients on the MAS program.

Gormly’s testimony expressed his belief that Symantec had adequately disclosed its discounting practices and that a reasonable contracting officer would have understood that Symantec did not intend that non-standard discounts would trigger the PRC. Allen’s testimony included broad observations about GSA contracting and specific evaluations of the case, as well as what the court described as general criticism of GSA.

Because the government made similar objections to both expert witnesses’ testimonies, the court considered them together. First, the government argued that Allen and Gormley’s interpretations of the basis of award category and discount relationship in the contract should not be admitted, because they offered legal conclusions. In response, Norton argued that the witnesses would not provide their own interpretations, but their observations about standard agency and industry usage.

The court agreed that much of what Gormley and Allen said in their reports and depositions is improper testimony regarding the meaning of the contract between the parties. In fact, both acknowledged in their depositions that there is no standard definition of “commercial class of customers.” Therefore, the court held that, to the extent their testimony would rely on any particular definitions of these terms, then, such testimony is inappropriate because their conclusions could mislead the jury. The court also agreed to strike Gormley’s opinion about what a reasonable CO would understand about Symantec’s discount practices.

However, the court found other opinions properly grounded in the witnesses’ experiential understandings of the common usage of terms in the government contracts industry. For example, Allen testified about his experience with COs and contractors agreeing on the meaning of other terms, such as single customers, groups of customers, pricing programs, and pricelists. Testimony based on the experts’ personal experiences in the industry and that does not purport to directly interpret the contract or to know what was in the minds of GSA or Symantec is allowable, the court held.

Second, the government argued that the court should exclude any opinions from Gormley or Allen as to whether Symantec’s CSP disclosures were “adequate” or “sufficient.” According to the government, the experts’ opinions about the CSPs’ sufficiency are based on an incorrect or nonexistent standard. In response, Norton argued that testimony as to sufficiency or detail of the disclosures will be relevant for purposes of determining whether any deficiencies in the CSPs were material. The court agreed with the government that the testimony in this area would be irrelevant. The relevant question in this case is whether the CSPs were “current, accurate, and complete,” which is a legal conclusion that expert testimony cannot address.

Additionally, neither Allen nor Gormley appeared sufficiently familiar with Symantec’s pricing and discount policies to testify about whether they were disclosed in sufficient detail by the CSPs. The lack of demonstrated knowledge of Symantec’s policies cut against the probative value of the testimony.

Although the court did not allow testimony directly commenting on whether Symantec’s CSPs were sufficient, adequate, or detailed, it found that Allen and Gormley did have experience sufficient to qualify them to make some comments regarding CSP disclosures generally. Gormley helped develop the CSPs format while at GSA and worked as a GSA contracting officer. The court held this experience qualified him to offer testimony on what CSP disclosures generally look like or on how GSA uses them. While Allen’s experience was less direct, the court could not say he lacked any basis to opine on CSPs generally.

Next, the court agreed that more of Allen’s testimony should be excluded as irrelevant, such as his personal opinions on the sufficiency of GSA’s training concerning the MAS program. The court also concluded that Allen’s testimony about whether Symantec’s methodologies meet reasonable industry standards should be excluded because it lacked a reliable basis. Allen testified that he did not look to industry publications or peer-reviewed journals for the “reasonable industry standards” he discussed in his report, but identified such standards based only on his own experience.