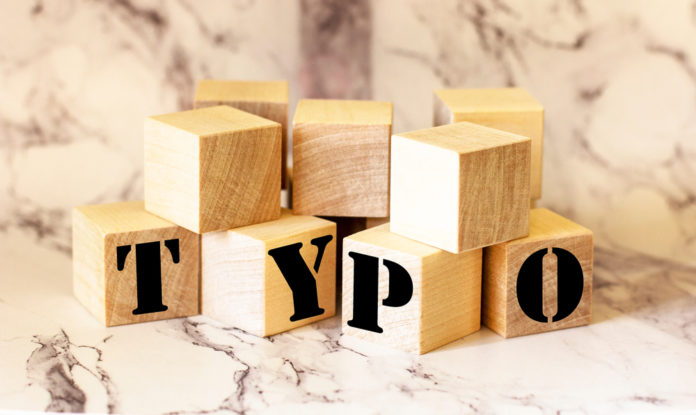 But GAO found that the IRS evaluated proposals equally. The concern in Teracore’s proposal was due to a lack of clarity about a staffing issue, which was resolved. Epsilon’s proposal had typographical errors, including a particularly prominent error on the title page, which created a concern about the company’s adherence to quality control. Quality control was an important aspect of the requirement. The performance work statement provided that work product had to be “accurate, grammatically, technically, and in accordance with approved templates.” Basically, the IRS entitled to conclude that Epsilon’s sloppiness indicated a lack of concern for quality control.

Epsilon contended that Teracore had failed to notify the IRS when one its key personnel had become unavailable. Epsilon based this argument on the individual’s LinkedIn profile, which indicated that he had had taken a different job after Teracore submitted its proposal.

The record, however, did not support this argument. This key person had attended post-award meetings with the agency, which demonstrated his availability. Teracore submitted a declaration from a company vice president stating that the individual in question was available to begin work on the contract. GAO opined that Epsilon’s argument was based on conjecture.

Epsilon claimed that IRA disparately evaluated the offerors’ technical approaches. According to Epsilon, Teracore received two strengths for including (1) a knowledge transfer plan, and (2) noting a NIST Special Publication. Epsilon claimed it also included a knowledge transfer plan and mentioned the NIST document but did not received similar strengths.

GAO found that the assignment of strengths to Teracore could be reasonably explained by differences between the offerors’ proposals. Epsilon’s reference to the NIST publication was brief and not as detailed as Teracore’s. Additionally, Teracore’s knowledge transfer plan included a robust data gathering process and a playbook. Epsilon’s plan relied on teaming with the incumbent and did not provide the same detail.

Epsilon complained that the IRS improperly considered a Teracore contract reference that was more than three years old in violation of the solicitation’s requirements. GAO acknowledged that the agency’s consideration of this reference was an error. Nevertheless, it found that Epsilon had not been prejudiced by the error. Past performance was the least important evaluation factor. Additionally, past performance was not part of the agency’s tradeoff, which focused on technical approaches. Even if the IRS had not considered the reference, it would not have changed the award decision.

Epsilon is represented by Scott M. McCaleb, Tracye Winfrey Howard, Kendra P. Norwood, and Sarah B. Hansen of Wiley Rein, LLP. The intervenor, Teracore, is represented by Timothy A. Furin, Ryan C. Bradel, Alan M. Apple, and Ryan C. Berry of Ward & Berry PLLC. The agency is represented by Gregory Matherne and Richard L. Hatfield of the Department of Treasury. GAO attorneys Alexander O. Levine and Jennifer D. Westfall-McGrail participated in the preparation of the decision.