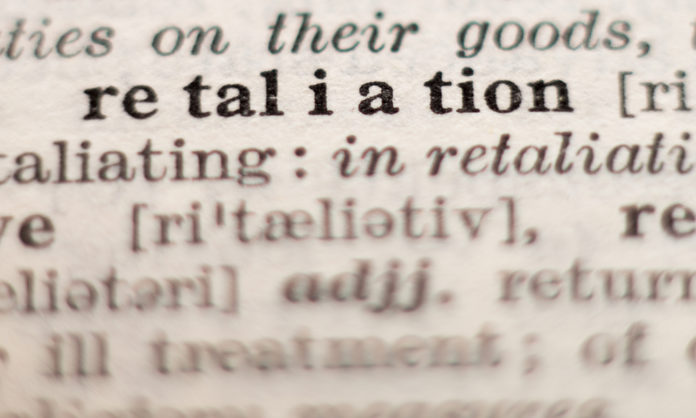 The Sixth Circuit vacated a lower court’s decision partially dismissing a complaint alleging post-employment retaliation under the FCA and remanded the matter for further consideration. The relator alleged that his former employer terminated his employment after he reported FCA violations and engaged in a pattern of post-employment retaliation that had the effect of limiting his future employment prospects. The district court partially dismissed the relator’s claims, finding that the FCA does not cover retaliation against former employees. The Sixth Circuit vacated that decision, holding that the term “employee” in the anti-retaliation provision is ambiguous and therefore must be read in context of the statute and the intent of the law. Among its conclusions, the court reasoned that half of the sanctionable conduct listed in the provision could apply to former employees. Further, the FCA lists reinstatement as one possible remedy for retaliation, which the court concluded could only apply to former employees. The decision creates a split with the Tenth Circuit, which reached a different conclusion in another case.

In his initial qui tam complaint, Felten alleged that Beaumont paid kickbacks to physicians and physician groups in exchange for referrals of patients covered by government healthcare programs, and that his former employer had retaliated against him by threatening and blacklisting him. The United States and Michigan eventually settled the FCA claims, leaving only the claims for retaliation and attorneys’ fees.

Felten subsequently amended his complaint to add allegations of retaliation that took place after he filed his initial complaint. He alleged that he was terminated after Beaumont falsely represented to him that an internal report suggested that he be replaced and that his position was subject to mandatory retirement. Felten further alleged that he had been unable to obtain a comparable position in academic medicine because Beaumont intentionally maligned him, undermining his employment applications to almost 40 institutions.

The district court granted Beaumont’s motion to partially dismiss the retaliation claims, holding that the FCA’s anti-retaliation language does not cover retaliation against former employees. The district court interpreted the qualifier “in the terms and conditions of employment” to mean that the provision’s coverage encompasses only conduct occurring during the course of a plaintiff’s employment. However, the court granted Felten’s motion for certification of an interlocutory appeal on this question and the Sixth Circuit granted the petition for permission to appeal.

The Sixth Circuit began its inquiry by examining the plain text of the statute. The court found that the FCA does not state explicitly whether it pertains only to current employment. Nonetheless, Beaumont argued that the text unambiguously excludes post-employment retaliation, as held by the Tenth Circuit in Potts v. Center for Excellence in Higher Education, Inc.

The Sixth Circuit disagreed, finding the statute ambiguous. While the court usually interprets a statute according to its plain meaning, without inquiring into its purpose, in this case, the court was bound by Robinson v. Shell Oil, which provided guidelines for determining when a statute’s meaning is not plain in the context of protections for employees and how to resolve that ambiguity.

In Robinson, the Supreme Court held that the term “employees” in § 704(a) of Title VII of the Civil Rights Act of 1964 was ambiguous and could be read to refer to both current and former employees. In so holding, SCOTUS noted that Congress had added no temporal qualifier to the text to suggest whether or not the statute applied to former employees. Further, the act’s definition of “employee” had no temporal qualifier. Third, the court found that Title VII included other provisions that use the term “employees” to encompass something more inclusive than only “current employees,” such as a provision authorizing “reinstatement or hiring of employees” as a remedy. While sections of Title VII use the term “employee” to mean only a current employee, the court held that the term could have different meanings in context of the section in which it was used.

The Sixth Circuit found this reasoning also applied to the FCA’s anti-retaliation provision. First, the court found no temporal qualifier attached to the term “employee” in the anti-retaliation language, while the section explicitly references “any employee.” The court reasoned this language could apply to any person who has ever been employed. Beaumont argued that the actionable conduct in this provision—barring employers from discharging, demoting, or suspending whistleblowers—clearly refers to current employees, as a former employee could not be subjected to these actions.

However, the court noted that current employment is not necessary for a person to be threatened, harassed, or discriminated against, three additional types of misconduct listed in the provision. Thus, the court concluded that fully half of the actionable items listed in the anti-retaliation provision could refer to former or current employees. The court reasoned that Congress may have included “threatened,” “harassed,” and “discriminated” in the statute to expand the temporal scope of the anti-retaliation provision because the three terms are, by their plain meaning, not restricted to a current employment relationship.

Beaumont also argued that the qualifier “in the terms and conditions of employment” at the end of the list of sanctionable conduct eliminates any reading that could provide relief to a former employee. In support, Beaumont noted that the Tenth Circuit held that the qualifier modified the word “discriminated” to make “discriminated in the terms and conditions of employment” a “catch-all phrase” that restricted the meaning of all listed misconduct to only activities that occurred while the plaintiff was still employed.

The court was not convinced by this argument. According to the Sixth Circuit, even if the phrase “terms and conditions of employment” is a catch-all that applies to each listed type of misconduct, it does not necessarily restrict misconduct to occurrences that take place only while the plaintiff is still employed. There are many terms and conditions of employment that can persist after an employee’s termination, the court explained.

Next, the court examined the dictionary definition of “employee” and “employed.” Beaumont argued that the dictionary definition confines the plain meaning of “employee” to current employees, but the Supreme Court found the word “employed” could be read as “is employed” or “was employed.” The court also held that the FCA’s exclusion of job applicants—or potential employees—did not mean that former employees were automatically excluded.

Third, the court found that the FCA’s remedial provision allows former employees to seek relief for post-termination retaliation. For example, an employee can obtain reinstatement as one type of relief. The court reasoned that by definition, only a former employee could seek to be reinstated to their job. Similarly, the provision for special damages to remedy discrimination is not dependent on current employment status. Further, the list of remedies in the relief provision is not exhaustive, meaning that additional remedies exist outside those listed.

In sum, the court found it more accurate to interpret the text as including former employees. However, given the Supreme Court’s guidance in Robinson, the court held that the term “employee,” as used in the statute, is ambiguous.

Because the term is ambiguous, the court looked beyond the text to the broader context of the FCA. Like the Supreme Court in Robinson, the Sixth Circuit found that excluding former employees from the anti-retaliation language would create a perverse incentive for employers to fire workers who might bring claims. The court found the very purpose of the FCA would be undermined if employers could simply threaten, harass, and discriminate against employees without repercussion as long as they fired them first. Accordingly, the court ruled that the anti-retaliation provision of the FCA may be invoked by a former employee for post-termination retaliation by a former employer.

Felten also argued that the “terms and conditions of employment” provision included blacklisting, but as the district court did not address this issue, the circuit panel declined to take it up, instead directing the district court to consider the issue in the first instance.