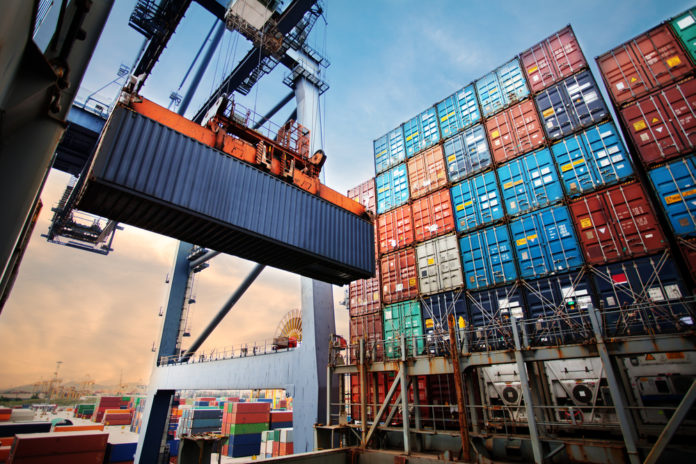 Island is a domestic manufacturer of welded projects. The defendants all import welded outlets from China, including carbon steel butt-weld pipe fittings, which are subject to a 1992 antidumping order from the Department of Commerce. Goods covered by the definition contained in the order are subject to an antidumping duty.

Island alleged that the welded outlets the defendants import from China are subject to the order and that the defendants have evaded paying antidumping duties by making false statements to United States Customs and Border Protection. In response, the defendants argued the order did not apply to their products.

In 2018, Vandewater, SCI, and Sigma each asked Commerce to issue scope rulings that the welded outlets they import from China are not subject to the order. In three separate memorandums, however, Commerce determined that Vandewater, SCI, and Sigma’s products are indeed subject to the order. The defendants filed an appeal with the Court of International Trade, which is ongoing.

In its complaint, Island alleged the defendants made a variety false statements which caused the United States to forfeit antidumping duties. At the heart of the case was Island’s allegation that the defendants falsely declared on customs entry forms that welded outlets imported from China were duty-free, even though they were not. The court therefore considered this alleged false statement before turning to Island’s remaining allegations.

The court declined to entertain this argument, as the court is not the appropriate venue to challenge Commerce scope rulings. Rather, the Court of International Trade and then the Federal Circuit Court of Appeals may review these findings. However, the court held that its role is to determine whether the effect of the scope rulings was to render the defendants’ statements on customs entry forms false within the meaning of the FCA. To that end, the court ordered supplemental briefings.

In their brief, the defendants argued that if their statements were false, they did not become false until Commerce issued its 2018 scope rulings. The defendants cited a previous case in which the Federal Circuit held Commerce could not retroactively assess duties upon the issuance of a scope ruling, when there was a genuine issue as to whether the products at issue were in scope. Therefore, the defendants argued that neither Island nor the United States could recover FCA damages from that period.

However, the court disagreed that scope rulings lack retroactive effect for purposes of FCA liability and found that the 2018 rulings conclusively established that the defendants’ statements on customs entry forms were false within the meaning of the FCA. The court held that the ruling in United Steel did not directly address the question of whether scope rulings change the substantive reach of an underlying antidumping duty order, as that issue was not before the court. Additionally, the context of United Steel was liquidation of duties, and the court declined to find that the case established that scope rulings lack substantive retroactive effect.

The court also found the regulatory history did not suggest that Commerce intended for limitations on retroactive liquidation to preclude fraud suits. Because an importer’s intent is irrelevant to liquidation, Commerce designed a regulatory scheme that promoted administrative finality. The court held the FCA’s broad mandate counseled against limiting the defendants’ liability.

Further, the court noted that liquidation does not foreclose other remedies to collect unpaid duties, and therefore liquidation principles do not preclude a finding of “falsity” under the FCA. Therefore, the court held that the defendants’ statements on customs entry forms that their welded outlets were not subject to antidumping duties were false. While the defendants maintained they did not know the order applied to their products, the court explained that the FCA’s knowledge requirement addressed this concern. Nonetheless, the complaint adequately pled falsity.

The court also disagreed that damages are limited by liquidation principles to the period before the 2018 scope rulings were issued. In fact, the CIT has held that neither liquidation nor the general concept of ‘finality’ bar the recovery of duties or a civil penalty for misconduct. The court also found the United States need not follow administrative remedies designed to deal with overpayments and underpayments when using the FCA to recover damages for fraud. The court reasoned that accepting the defendants’ theory of FCA damages would carve out from the FCA fraud by importers who have not yet received a scope ruling from Commerce that their products fall within the scope of a particular ADD order.

Next, the court considered scienter. First, the defendants argued that liability is foreclosed because they formed an objectively reasonable interpretation of the antidumping order prior to Commerce’s issuance of the scope rulings. Second, the defendants argued that Island cannot establish that they acted knowingly because they relied on a good faith interpretation of that order. Finally, the defendants asserted that Island has produced insufficient evidence that they acted in either actual knowledge, deliberate indifference, or reckless disregard of the truth of its statements.

The court also found a genuine dispute over the defendants’ claim their interpretation was made in good faith. First, the court again noted Vandewater’s work with the entity that had requested a nearly identical scope order, and concluded a jury could find Vandewater knew its products were within scope of the ADD order or was deliberately indifferent. Vandewater denied that it was aware of the ruling, but the court held that a jury would weigh the evidence for and against.

Further, Island submitted evidence that a Chinese supplier informed SCI that its products were within the scope of the order. Finally, Island alleged that all the defendants maintained deficient import compliance procedures. The Ninth Circuit has confirmed that FCA liability can attach where a defendant fails to make a “reasonable and prudent” inquiry to ensure the claims they submit are accurate. The court held a reasonable jury could conclude the defendants were either deliberately indifferent or acted in reckless disregard to the falsity of their statements.

Therefore, the court denied summary judgment on Island’s FCA claim to the extent it is premised on the theory that the defendants falsely stated that their products were duty-free.

The court granted the defendants’ motions in part, finding that Island had not submitted sufficient evidence to support claims about specific false statements. However, the court denied the motions in relation to other false statements, finding the briefing on these issues too limited to decide on summary judgement.