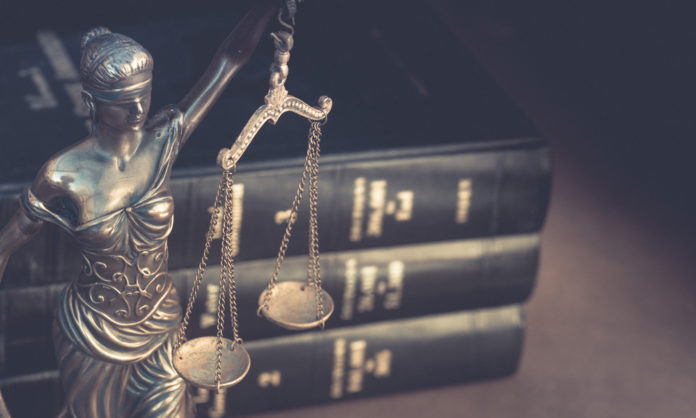 The district court granted the defendants’ motion to dismiss a qui tam case alleging fraud against DOJ grant programs, finding that the relator failed to show that the defendants knowingly lied about their intention to comply with grant program requirements. While a knowing misrepresentation could be actionable, the court explained that failing to meet a program goal could not form the basis of an FCA complaint. The court also found that much of the behavior alleged by the relator—though compelling—occurred before the defendants obtained the government grant, and therefore could not be used as a basis for alleging fraud under the grant.

The defendants in a qui tam suit alleging fraud against federal community policing grant programs moved to dismiss, arguing they mispresented their intent to comply and their subsequent compliance with federal anti-discrimination requirements.

Relator Ken Williams, a former City of Brockton police officer, filed a qui tam complaint against the city and its police department alleging that they violated the FCA by accepting federal Community Oriented Policing Services grants while falsely certifying their intent to comply, and their subsequent compliance, with various grant requirements, including Title VI and federal non-discriminatory law enforcement practices. The defendants moved to dismiss,

Williams alleged that the defendants failed to report instances where officers had engaged in racially discriminatory conduct; made hiring decision based on nepotism and racial bias; and failed to provide meaningful assistance to persons with limited English proficiency, all in violation of federal anti-discrimination requirements. Williams asserted that he witnessed a pattern of discrimination within BPD and towards community members both before and after 2002, including the withholding of adequate medical care from injured minority prisoners and surveillance of community members.

The government declined to intervene in Williams’ case and the court previously dismissed a claim of retaliation. In his complaint, Williams asserted claims for presentment, false statements, and conspiracy.

In their motion to dismiss, the defendants argued that claims predicated on an intent to comply in the future cannot provide the basis for an FCA complaint. In response, the relator agreed that a statement on a grant application, if true when made, could not give rise to liability under the False Claims Act, but asserted that there is legal precedent for the proposition that grant applications containing false statements may be actionable.

The court declined to consider that theory, because it found the relator failed to offer evidence that the statements were false when made. Regardless of whether the defendants actually complied with the requirements, there was no proof that they never intended to comply. Even if it were possible to prove intent, the court found the relator had not provided any support.

The relator also alleged the defendants provided false information on a grant application by providing the names of police officers who were no longer on payroll, while presenting them as current employees. However, the court noted the application did not request the names of any officers nor did it include any. Instead, the application states that 186 officers were employed, without listing specific officers’ names. The relator’s affidavit stating there were only 176 active duty officers was the only evidence in support of this claim. However, the court noted that the relator was terminated from the police force before the organization applied for the grant, and that he had not provided an explanation for how he would have knowledge of a grant application filed after his employment ended.

The relator also alleged the defendants submitted false claims in the form of progress reports certifying compliance with grant requirements. First, the relator alleged the defendants failed to report discriminator actions by a police officer to the DOJ Office for Civil Rights, as required. However, the court noted that the findings of a court or administrative agency were required, not the findings of a city solicitor, as was the case here. Further, the incident in question occurred well before the dates covered by the single grant report submitted with the complaint. Therefore, the court had no basis to consider this allegation in context of the evidence.

Next, the relator argued the defendants failed to recruit and hire qualified members of racial and ethnic minority groups and qualified women, as required, while falsely certifying they had complied with recruiting and hiring requirements. However, the court found this allegation also lacked supporting data. For example, while the relator argued the police department did not hire members of racial and ethnic minorities, he did not describe the demographic makeup of the individuals who were hired. Apart from the relator’s assertions, the record lacked information about this claim.

The relator also alleged the department failed to provide adequate translation services, but the court found that the timeline of the relator’s allegations was prior to the dates covered by the COPS grant. The court found the relator did not provide evidence from which a jury could infer the defendants failed to comply with the requirements of grants received after those dates.

The relator also alleged the defendants falsely certified that they did not engage in discriminatory practices, but the court again found his evidence pre-dated the times covered by the grants. While the court took the relator’s allegations seriously, it held that actions that occurred before the receipt of the grants could not form the basis of an FCA complaint. The court also found the relator had failed to demonstrate scienter.

Finally, the court examined whether the alleged false statements were material to the government’s decision to issue the grants and provide funds. The relator argued the government expressly conditioned payment on compliance with nondiscrimination requirements. However, the court found that while the nondiscrimination goals were critical to the grant’s purpose, the evidence suggested DOJ did not demand perfect compliance or complete success with every goal. For example, the grant submission form allowed the submitter to indicate the level of their task completion, such as “plan to examine,” “currently being examined,” “completed examining,” and “no longer intend to examine.” The court reasoned that deliberate falsehoods would like prove material to the government’s decision to issue funds, but that a failure to fully achieve certain goals would not.

Finally, because the defendant had not shown that the defendants willfully submitted false statements in order to win grants and obtain payments, the court also held that the conspiracy claim also failed.