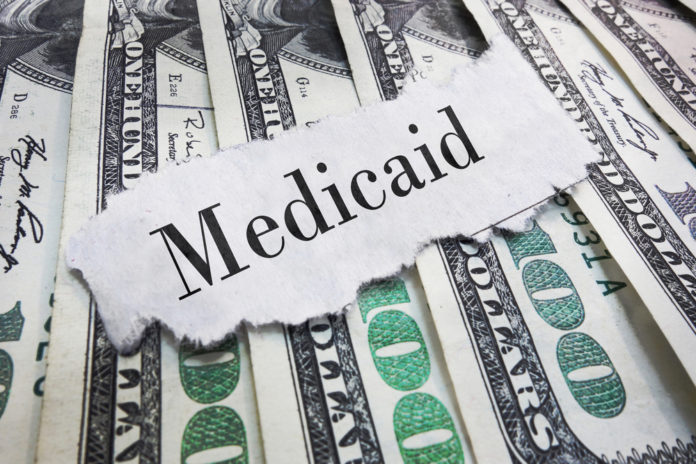 The district court denied a state agency’s motion to dismiss a qui tam complaint alleging that it failed to pay any portion of health insurance claims by Medicaid-eligible patients, even though it qualified as a third party payor. Florida law provides that any claims by Medicaid beneficiaries must be submitted to liable third party payors before any balance is submitted to Medicaid. The defendants are a state-created compensation plan for children who suffer certain birth-related injuries. As such, they argued that they qualified as an “arm of the state” and therefore could not be considered a separate third party payor for Medicaid claims. However, applying the Eleventh Circuit’s arm of the state test, the district court found that the defendants were sufficiently independent of state authority and were not funded with state appropriations. Because the defendants had not proven they qualified as an arm of the state, the district court held they should be considered a third-party health insurance provider that should have paid claims prior to their submission to Medicaid. Because the relator also adequately demonstrated the defendants were aware of their liability, the court also held the complaint sufficiently pled knowledge.

Under Florida law, Medicaid recipients must disclose whether a third party is potentially liable for the payment of any healthcare claims submitted to Medicaid. This information is entered into state Medicaid management systems to avoid payment of claims for which a third-party is liable. When such claims are submitted to Medicaid, the provider is instructed to bill the third party first, and to bill Medicaid for any remaining balance.

The state also will seek reimbursement of any claims payments from third parties, when it learns of potential liability. Further, third parties have an obligation to inquire with the state about any potential liability, should they learn claims were improperly paid by Medicaid without first being submitted to the third party. This creates an obligation to repay funds remitted in error, and for the state to reimburse the federal government, which provides approximately 61 percent of Medicaid funds.

The fund will not cover expenses for which the covered individual has received payment or reimbursement through other entities. However, under federal law, the plan may not exclude Medicaid-eligible items or services. While the plan’s policy states that its coverage is the payor of last resort, this conflicts both with federal law and with Florida state Medicaid law, which also states that Medicaid is the payor of last resort.

NICA admitted to its external auditors that Medicaid has been paying for NICA-covered services, and acknowledged that any change in receipts from Medicaid would impact NICA’s loss and loss-adjustment expenses. Despite this admission and an explicit recognition that it could be considered by Medicaid to be a liable third-party, NICA did not self-report to the federal government that it caused participants to submit false claims to Medicaid.

In short, the relator alleged that NICA is a third-party payor liable for health claims payments before a Medicaid recipient can submit claims to the government, and that NICA failed to ensure that claims were paid before they were submitted to Medicaid and failed to fulfill its obligation to self-report and reimburse the government for improper payments.

The defendants moved to dismiss the claim, arguing that NICA is not a third-party for the purposes of Medicaid; that it need not repay Medicaid’s lien; and that the Medicaid lien has been withdrawn. They argued they did not act knowingly and have Eleventh Amendment immunity, and that the plan is not a proper defendant.

First, the argued that NICA does not qualify as a person under the FCA, as the Supreme Court has held that states are not included in the term “person” for the purpose of qui tam liability. Therefore, the relator could not bring an FCA claim against a state or an agency acting as the arm of the state.

The court examined the Eleventh Amendment’s “arm of the state” analysis to determine whether NICA qualified and whether it was immune to FCA liability. An arm of the state includes state agencies and other similar entities, with its status depending on the entity’s level of independence from the state. For example, community colleges and state universities are considered arms of the state, while counties and local school boards are not.

The Eleventh Circuit set out a four factor test for determining whether an entity is an arm of the state: (1) how state law defines the entity; (2) what degree of control the state maintains over the entity; (3) where the entity derives its funds; and (4) who is responsible for judgments against the entity.

The relator argued that state law provides that NICA is not a state agency, board, or commission, and that NICA was not designed to support a state function. NICA’s purpose was to provide exclusive no-fault compensation for birth-related neurological injuries to infants and to reduce the cost of malpractice insurance so doctors would not be forced from the practice of medicine. The relator also argued that NICA has significant independence, including approval of its own budget and the ability to sue and be sued as a natural person. The defendants argued that NICA is authorized to use the state seal and that Florida courts and agencies associate NICA with state activity. On balance, the court held this factor favored the relators.

Second, the plaintiffs argued that NICA’s board controls the entity’s decisions and exercises all necessary powers. The defendants argued that board members are appointed by the state CFO, although he must appoint from five different constituencies and has no power to remove members. Only the Florida Office of Insurance Regulation can change the assessments, and an administrative law judge determines the amount of the claims. Further, NICA must submit audited financial reports to the Legislature and Office of Insurance Regulation. However, the Internal Revenue Service concluded that NICA is a division of the state and need not pay federal income tax. The court held this factor favored neither party.

Next, the relator argued that NICA is funded primarily through investments that are under NICA’s control. According to the relator, the state’s initial $20 million investment now forms a de minimus portion of its substantial assets, and the payments from participating obstetricians, midwives and hospitals seem more akin to insurance, because they are received directly from these individuals, not from the state. The defendants argued they have no power to change the amount of the assessments and that any funds held on its behalf are considered funds of the state. Additionally, NICA must annually submit audited financial reports to the Legislature and Office of Insurance Regulation. The court found this factor favored the relators.

Finally, the court considered who would be held responsible for a judgment against NICA, and concluded that NICA would be almost entirely responsible. The state would be responsible for up to $20 million, but only if NICA becomes insolvent. On balance, the court found this factor also favored the relators.

Overall, the court held that the defendants failed to demonstrate they are an arm of the state of Florida.

The defendants also argued the complaint failed to allege a knowing violation, but the relators argued that NICA’s financial statements—in which they acknowledged potential liability for payment of Medicaid claims as a third party—were evidence of knowledge. The relators also asserted NICA was aware of a settlement between the federal government and the Virginia Birth-Related Neurological Injury Compensation Program, a neurological birth injury fund similar to NICA, and were aware of its local implications. The defendants argued there were no authoritative governmental warnings to NICA that it was violating federal law, but the court found NICA had sufficient forewarning to establish knowledge at this stage.

Finally, the defendants argued the complaint failed to identify with particularity any false claims or unpaid obligations, but the court disagreed.