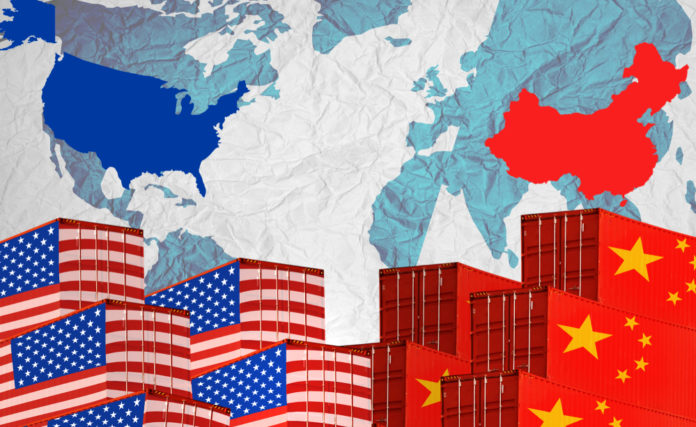 Motion to dismiss a reverse False Claims Act complaint for failing to plead the allegations with specificity is denied, as the court found the relator adequately pled when the alleged fraud had occurred, who had committed it, and how. For example, the relator alleged that one plaintiff avoided anti-dumping duties by misclassifying parts imported from China that were subject to the duties, and presented evidence that the plaintiff did not sell the products it purported to have purchased. The court also found the relator sufficiently pled scienter. However, the court agreed that the relator had not sufficiently alleged conspiracy, as the defendants normal business dealings with Chinese manufacturers were not sufficient to show that the entities conspired to avoid anti-dumping duties, even though all had a motive for doing so.

The district court denied a motion to stay an FCA complaint alleging the defendants avoided antidumping duties by mispresenting their products to government authorities. The defendants argued their products were not covered by a Department of Commerce anti-dumping order, but the agency concluded otherwise. The defendants appealed to the Court of International Trade and sought a delay in the FCA complaint pending the outcome, but the district court found no reason to delay discovery. The court noted the plaintiff had already waited two years to commence discovery and would be prejudiced by further delay. The court also noted that while the application of the Commerce order was a significant issue, it was not the only issue in the case. Finally, the court that the order was not an issue of first impression, as the government had already decided against the defendants, and there was no guarantee the CIT would overrule the agency.

Island manufactures welded outlets, and the defendants are companies who import welded outlets from China. In 1992, the Department of Commerce issued an antidumping order on carbon steel butt-weld pipe fittings imported from China. Products falling within this definition are subject to an antidumping duty. In its complaint, Island argued that the defendants imported covered products from China without pay the antidumping duties. The defendants argued that the products at issue are not covered by the order. However, in various memorandums, Commerce concluded that Vandewater, SCI, and Sigma’s products are indeed subject to the order. The defendants challenged those rulings in the Court of International Trade.

In these proceedings, the defendants moved to dismiss, arguing that the relator failed to allege facts with sufficiently particularity. The court noted that to prevail on a reverse FCA claim, the plaintiff must establish: (1) a fraudulent course of action or a false statement, (2) made with the requisite degree of knowledge, (3) that was material, (4) causing the government to pay out money or forfeit moneys due.

The court denied the motion to dismiss, first noting that the first amended complaint contained ample factual allegations that the Vandewater Defendants engaged in allegedly fraudulent conduct. For example, the FAC detailed how in February, April, and December of 2007, Vandewater imported from China at least five shipments of Chinese welded outlets. However, the shipping documents included product codes that applied only to “Parts and Accessories for Motor Vehicles”—despite the fact that Vandewater does not supply products in the automotive market. The FAC alleged that, in 2013, Vandewater evaded antidumping duties by falsely claiming that welded outlets manufactured in China were actually manufactured in South Korea—a country whose welded outlets are not subject to antidumping duties. The court found this sufficient to satisfy Rule 9(b), and came to similar conclusions regarding the allegations against the Anvil, Sigma, and SCI defendants.

Next, the court considered scienter. The defendants argued that the relator failed to allege they made false statements with the requisite scienter. However, the court disagreed, noting that Island alleged that the defendants knew their products were subject to the Commerce order, but knowingly and intentionally evaded the applicable antidumping duties by, among other things, submitting false statements on Customs and Border Protection documents. The court found this sufficient to demonstrate scienter at this stage.

Next, the court considered the conspiracy claims. Island alleged that the defendants were involved in a “wheel conspiracy” in which Chinese manufacturers acted as a “hub” while defendants acted as “spokes.” The complaint alleged that Vandewater and Reubens entered into agreements between themselves and with other individuals and entities to violate the False Claims Act by falsely declaring that the Chinese goods at issue were not subject to antidumping duties. However, as Reubens was employed by Vandewater, the court rejected this specific allegation, as the defendant could not conspire with itself. The court also found insufficient evidence to support allegations that Reubens business dealings with Chinese manufacturers on Vandewater’s behalf showed that a conspiracy existed. While the plaintiff asserted the manufacturers and Vandewater had a motive to avoid antidumping duties, the court found the complaint did not show evidence they conspired to do so. The court came to similar conclusions about the allegations against Anvil, Sigma, and SCI, and dismissed the conspiracy claims.

Next, the defendants argued that the complaint was barred by the public disclosure bar. Anvil, Sigma, and SCI argued that the allegations or transactions of the alleged fraud were publicly disclosed in shipping records, the Commerce memorandums, and on defendants’ websites. However, the court found it need not reach a conclusion on whether these public records fell within the FCA’s definition of public disclosure, because none of them disclosed the allegations against the defendants.

The court noted that an outside observer would not be able to infer the alleged fraud based on the shipping records, the Commerce memorandums, and the defendants’ websites alone. For example, using the public disclosures, an individual might ascertain that Vandewater sells the Chinese-made products in contention, that the products are subject to anti-dumping duties, and that Vandewater’s shipping documents did not show any imports of these products. Even taken together, those facts would not necessarily lead to a conclusion that Vandewater falsified import documents to evade duties. The court noted an individual might merely assume Vandemeter had no reason to import the Chinese-made products during this certain time frame, perhaps due to lack of demand.

The plaintiff moved for leave to amended its complaint to cure defects in the conspiracy claim, which the court granted. While the court expressed doubt the deficiencies could be cured, it gave the plaintiff one opportunity to do so.