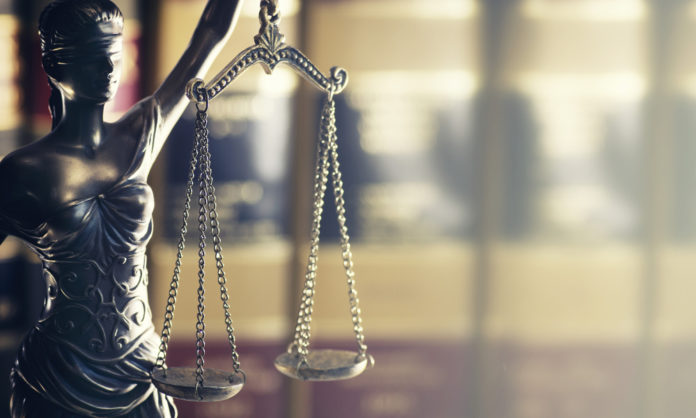 The district court granted the defendants’ motion to dismiss a qui tam case in part, finding the relator had failed to show the defendants had certified compliance with program requirements when they requested disbursement of research grant funds. However, the court found the relator had demonstrated scienter, as the defendants were aware that funds could not be shared between two distinct projects, but did so anyway. The court also found the relator raised a plausible case for materiality, as he asserted the defendants spent program funds on equipment that was never used for its projects, which the government would likely have considered material to its decision to reimburse. The court directed the plaintiff to file an amended complaint.

The relator and the three individual defendants each worked for Caltech as professors and subject matter experts in various scientific fields. The relator’s allegations involve Caltech’s work on Department of Energy funded projects at DOE’s innovation hub, the Joint Center for Artificial Photosynthesis. Caltech was the lead research institution on both projects. When the two projects were awarded, DOE expressly stated that funding had been appropriated separately and that funds allocated to one project could not be spent on the other.

The relator initially served as the director of the JCAP 1 project, but was later demoted to scientific director and project leader. Dr. Atwater was later appointed director of JCAP 1 and then to JCAP 2. The relator alleged that after Atwater was assigned to lead the project, the defendants began breaching the terms of their cooperative agreement with DOE.

Lewis alleged that Atwater froze hiring on JCAP 1, which resulted in an accumulation of $5.5 million in excess funds, which he then improperly used for JCAP 2. Lewis also alleged that Atwater used project funds to pursue work that benefitted Alta Devices, a company owned by Atwater, and that Alta Devices and Caltech entered into a licensing agreement that returns funds to both Caltech and Atwater. Further, according to Lewis’ complaint, Atwater billed unallowable travel costs to the JCAP 1 and JCAP 2 projects; misclassified equipment purchases to obtain reimbursement from the government, even though the equipment was not used for either JCAP project; improperly shifted funds among JCAP 1 projects; falsified financial statements; and made material misrepresentations in the course of securing JCAP 1 and JCAP 2 funding.

Lewis also alleged defendant Barton failed to recuse herself from conflicts of interest and in fact, steered funding to perform work that would provide personal and/or institutional financial benefit. Specifically, Lewis asserted that Barton steered funds from JCAP 1 to JCAP 2 to benefit Dow Chemical, where she has a seat on the board of directors. Further, funds diverted to Alta Devices also supported Dow, which owns a stake in Alta. Despite these conflicts, Barton disclosed no potential conflicts of interest.

The relator also alleged Caltech engaged in retaliatory actions after he raised his concerns. Lewis alleged he was told to cease asking questions about funding improprieties, removed from his role overseeing a seminar series, and was subjected to a hostile work environment.

The relators moved to dismiss, first arguing the relator had not sufficiently pled his theory of express false certification. The relator argued Caltech made express false certifications when it billed for award funding after it ceased complying with funding requirements. The defendants argued the relator had not shown any such certification was required to receive funds. The court agreed, finding no allegation defendants had plainly and directly certified compliance with funding requirements when they made requests for disbursement. Instead, the relator asserted that Caltech was required to make certain representations when funds were awarded, but failed to live up to them. The court found the complaint sounded in an implied—not express—false certification theory.

The court then examined whether the relator met the pleading requirements for an implied false certification theory. The relator argued he had, because each request for funding implied the relators were continuing to comply with requirements regarding funding, conflicts of interest, and reporting. In response, the defendants argued the complaint did not satisfy Escobar’s requirements for falsity in an implied false certification case. According to the defendants, Lewis did not allege that Caltech made any specific representations when it submitted claims for payments—much less explain how such representations could constitute ‘misleading half-truths.’ The court again sided with the defendants.

Next, the court considered whether the relator satisfied the scienter and materiality requirements. The defendants argued the relator’s allegations amounted to innocent mistakes, differing interpretations, and mere negligent misrepresentations, not intentional fraud. However,  the court disagreed, finding the relator explained that DOE warned that funds for the two projects could not be mixed and that Atwater had attested that no funds would be taken from JCAP 1 for work attributed to JCAP 2. Nonetheless, work on the JCAP 2 project was billed to JCAP 1. The court found these allegations were enough to show that Atwater knowingly failed to comply with this funding requirement. Because Atwater managed both projects, the allegations were also sufficient to impute Atwater’s scienter to Caltech.

Regarding the other two defendants, the court found that their alleged lack of oversight of the projects was not enough to demonstrate scienter, given that the court already found the relator had not sufficiently pled falsity. The court therefore left this question open.

Next, the court examined the materiality requirement. The relator argued the government was unaware of the noncompliance and noted that DOE had audited the JCAP projects for compliance prior to Atwater assuming the position of director. The court found the allegations raised the inference that the government would deem compliance material. The court also reasoned that the misclassification of equipment purchased with project funds but never used on the project would be a material consideration for the government. The court found the relator sufficiently pled materiality to withstand a motion to dismiss and left that matter to the summary judgment phase.

Next, the defendants argued that Lewis’ retaliation claim failed because he did not establish a causal connection between his alleged protected activity and retaliation. The defendants argued Lewis admitted that he was removed from his position overseeing a seminar series before he allegedly raised his concerns at a faculty meeting. The court found this argument unavailing, as it ignored other details in the relator’s complaint. The relator alleged he had made his concerns known months prior to that faculty meeting and was told to cease asking questions.

The defendants also argued that the relator cannot maintain an FCA retaliation claim because he is still employed and Caltech did not alter his salary, benefits, or job title. However, the court declined to decide this matter, finding that Lewis’ allegation that Caltech retaliated against him by removing him from oversight of a seminar series could fall within the broad definition of adverse employment action. Further, the relator argued that the seminars had been put on hold for more than a year and that he had been restricted from being able to widen his reputation, thereby resulting in a loss of job responsibility, reputation, and outside consulting income. Those additional allegations precluded the court from rendering a decision at the motion to dismiss stage.

The court therefore granted the defendants’ motion to dismiss, in part, and directed the relator to file an amended complaint.