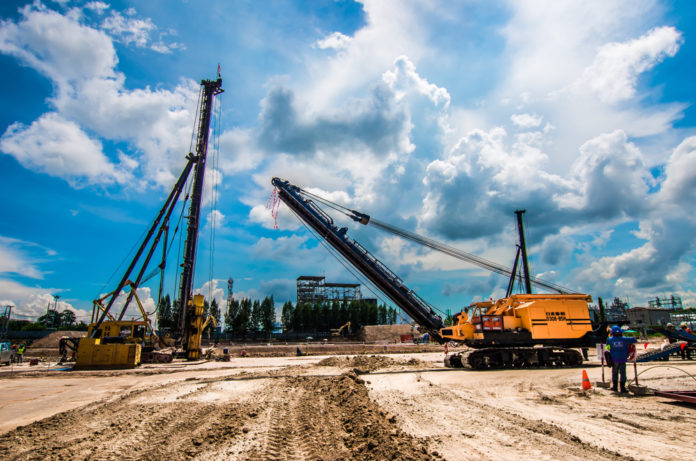 “If you have an important point to make, don’t be too subtle or clever. Use a pile driver.”—Winston Churchill

Cross-motions for summary judgment on a claim for costs incurred over a dispute about foundation piles are denied. The protester sought to recover costs incurred as a result of trying to convince the government to use telescoping piles as part of a construction project. The government maintained the contract clearly specified the use of uniform, not telescoping piles. The board found that the contract was ambiguous about the types of piles that could be used. This ambiguity created issues of fact that precluded summary judgment for either party.

Walsh Group Ventures had a contract with the Army Corps of Engineers to build an air traffic control tower on a military base. The drawings that accompanied the contract provided that foundation piles—i.e., columns in the ground that support the structure—had to be a uniform 24 inches in diameter.

After Walsh installed the 30 inch piles and then submitted a claim to the Corps seeking costs incurred due to delay and the change in  pile design. The Corps denied the claim. Walsh appealed to the ASBCA. Both the Corps and Walsh moved for summary judgment.

The Corps’ position was simple: the contract drawings depicted foundation piles of a uniform 24 inch diameter. If Walsh had simply installed the 24 inch piles as specified, there would have been no delay and cost impact, so Walsh’s claim was rightly denied.

Additionally, as part of dealing with obstructions when installing piles, the contract stated that the contractor could use temporary cases to increase the hole diameter. This, the board reasoned, was another instance in which the contract expressly contemplated a diameter hole larger than 24 inches.

Given the conflicting contract language and the expert testimony, the board found that the contract’s pile specification were ambiguous. The drawings specified 24 inches, but the contract and trade practice indicated that telescoping piles were also reasonably contemplated. In light of this ambiguity, the board decline to enter summary judgment for the government.

The court next considered whether it should apply the principle of contra prrferentem. i.e, that ambiguities should be resolved against the drafter, which in this case was the government. Application of the principle would result in judgment for Walsh. The board, however, declined to apply contra preferentem. It reasoned that principle is a rule of last resort, only applied when other approaches to contract interpretation fail. Here, there was still extrinsic evidence to consider. What’s more, while Walsh’s interpretation of the contract—allowing for telescoping piles—was reasonable, it was not definitive and did not entitle Walsh to judgment as a matter of law. Thus, the board denied summary judgment for Walsh, too.

Walsh is represented by Traeger Machetanz and Kate H. Kennedy of David Wright Tremaine LLP as well as Larry W. Caudle, Jr of Kraftson Caudle LLC. The government is represented by Michael P. Goodman, Vivienne A Nguyen and Janis R. Millette of Army Corps of Engineers