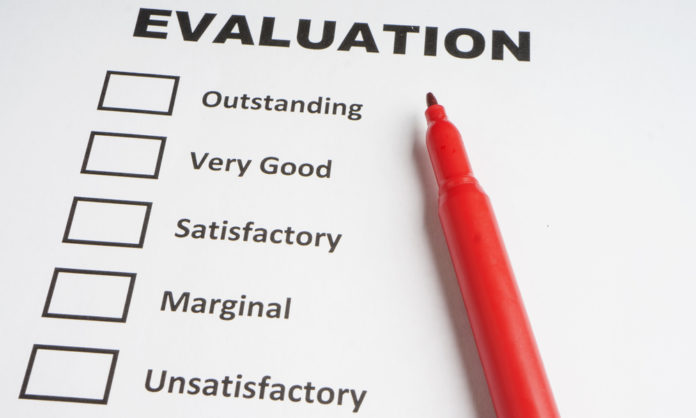 Protest challenging almost every aspects of the agency’s evaluation is denied. The protester contended that the agency should not have allowed the awardee to advance to the second phase of evaluation. GAO, however, found that this argument based on a latent ambiguity in the proposal, and that the protester had not demonstrated that it had been prejudiced by the ambiguity. The protester challenged weaknesses assigned to its technical approach, arguing that these weaknesses were unwarranted because the protester was the incumbent, and the agency was already familiar with the feasibility of its technical approach. GAO, however, opined that while an agency cannot ignore close-at-hand past performance information, it cannot consider such information as part of a technical evaluation. The protester objected to strengths assigned to the award, but GAO found the strengths reasonable. The protester also alleged the awardee’s subcontractors had an OCI. GAO, however, declined to consider this argument, finding that protester had improperly presented the evidence in a piecemeal fashion.

The Department of State (DOS) posted a solicitation seeking the development and operation of an identity and credential management system (IDMS). XTec, Inc. and Guidehouse, LLP submitted proposals.  DOS awarded the contract to Guidehouse based on its higher-rated and lower-priced proposal. XTec protested.

XTec asserted that DOS erred in allowing Guidehouse to participate in second phase of the competition. The solicitation contemplated a two phase evaluation. In the first phase, DOS assessed past performance and relevant and gave each offeror a combined relevancy/past performance rating. The solicitation stated that only offerors who received the highest adjectival ratings would move on to the second phase, where the agency would evaluate technical approach and price. In the first phase, DOS assigned Guidehouse a somewhat relevant/ substantial confidence rating. XTec argued this was not the highest relevancy/past performance rating, so Guidehouse should not have moved on to phase two.

GAO found that both of these interpretations were reasonable and thus the solicitation was ambiguous. Because XTec’s interpretation did not conflict with other portions of the proposal, and the ambiguity came to only in the context of a protest, GAO concluded that ambiguity was latent and that XTec’s challenge to it was timely.

Nevertheless, GAO concluded that XTec had not established that it had been prejudiced by the ambiguity. Prejudice from a latent ambiguity is assessed by examining whether the offeror would have altered its proposal if it had the opportunity to respond to the agency’s intended meaning of the ambiguous terms. XTec contended that if it had known how the DOS interpreted the relevancy/past performance language, it would have reduced its price. GAO found this speculative. XTec had not meaningfully explained how it would have altered its proposal to lower its price. This unsupported allegation was not enough to establish prejudice.

Next, XTec challenged a significant weakness it received for proposing a “highly proprietary solution.” XTec claimed that nothing in the solicitation indicated that proprietary solutions were disfavored. GAO found that XTec had misunderstood the nature of DOS’s concern. The agency was really concerned that that XTec was the only source of supply for many of the items it proposed as part of its solution. This provided XTec with very little flexibility in securing parts. The solicitation, however, clearly required offerors to provide a flexible source of components. GAO saw no basis to question the significant weakness assigned to XTec.

XTec also argued that the significant weakness was evidence of disparate treatment because Guidehouse had also proposed proprietary products. But GAO noted that the products Guidehouse proposed were available from multiple sources, including from both manufacturers and resellers.

Aside from its close-at-hand arguments, XTec challenged its weaknesses in other respects. XTec objected to a weakness it received for failing to provide instructions and tools for the government to provide sufficient oversight. GAO found the weakness was justified. While XTec discussed certain tools it would use for system monitoring, its proposal was vague on how it would use those tools.

XTec contended it was improperly assigned a weakness for managing and enhancing system performance. DOS assigned the weakness because XTec focused on the monitoring platform it would use but did not meaningfully address its approach to  managing and enhancing performance. GAO agreed, noting that while XTec described the technology it would use to monitor its system, it did not address how that technology would be used.

XTec also attacked strengths assigned to Guidehouse’s proposal. XTec objected to a strength Guidehouse received for transitioning over to its own IDMS system while in the interim using existing access cards. XTec contended that without XTec’s proprietary technology and processes, Guidehouse would be unable to manage data on existing cards or make an effective transition.

But GAO found that DOS had actually assigned weaknesses to Guidehouse’s proposal for failing to identify all the components of its approach. But DOS did not find that the weaknesses posed a risk to successful performance. And the technical evaluation team had coordinated the with price team to assess the completeness of the price proposal. They concluded that the price proposal reflected a clear understanding of the requirements.

XTec alleged that DOS failed to conduct meaningful discussions when, during an oral presentation, it asked XTec a question related to a weakness in the company’s proposal but failed to identify other weaknesses. GAO reasoned that where a solicitation contemplates an oral presentation in which the agency will ask questions of offerors, even if the agency asked a question tailored to a perceived weakness, it is unclear how that that question could constitute discussions if the offeror was not given an opportunity to revise its proposal. The test for determining whether discussions took place is whether an offeror was provided an opportunity to revise its proposal.

Finally, XTec alleged that two of Guidehouse’s subcontracts had an unequal access conflict of interest. XTec contended that as a result of their work on other contracts, these subcontractors had access to XTec’s proprietary information.

Upon learning of this protest argument, the agency investigated and concluded in its agency report that there was no potential conflict. As part of its comments and supplemental protest, XTec produced hundreds of additional documents containing examples of the kinds of proprietary information the subcontractors possessed.

GAO, however, was not pleased with the way that XTec presented the conflict argument. GAO disfavors the piecemeal presentation of arguments and evidence. The documents that XTec submitted with its comments were available when XTec filed its initial protest. They should have been submitted with the initial protest. GAO refused to allow XTec to now introduce evidence that it withheld to impeach DOS’s investigation. GAO declined to consider this evidence and found that based on the record properly before it, there was no basis to conclude that DOS’s conflict investigation was unreasonable.

XTec is represented by David Cohen, Daniel Strouse, and John J. O’Brien of Cordatis LLP. The intervenor, Guidehouse, is represented by Brian G. Walsh, Tracye Winfrey Howard, Moshe B. Broder, Sarah B. Hansen, and Nicole E. Giles of Wiley Rein LLP. The agency is represented by John W. Cox of the Department of state. GAO attorneys Michael Williams and Edward Goldstein participated in the preparation of the decision.